Well, as clearly mentioned in the title, we are going to talk about 10 amazing facts about smartphones. Though there are lots of other incredible unknown things about them, today we discuss the 10 most pertinent facts about this type of device that has been around for quite some time now, has conquered the world, our workplaces and even our homes. So let’s get to it.

1. IBM sold a smartphone with a touchscreen display input that could send emails and run third party apps in 1994

The phone was actually manufactured by Mitsubishi Electric Corp and was called the IBM SIMON. This is surprising because officially, the first smartphone was released in 1999 by a Japanese firm before iPhone took over in the 21st century. Today, almost everyone owns a smartphone and benefits from it. But remember, it all started with a colorless touchscreen display input device in 1994.

2. It Costs Less than $1 a Year to Keep Your Smartphone Charged Up

Unless you’re more of an ecological and at the same time economical person, I can bet you never asked yourself how much it costs in a year to keep your phone charged up. Though you didn’t ask, I will tell you. Today it costs less than $1 a year to keep your phone charged up. Naturally, you expected it to cost more, am I right? But after the experiment carried out by Adrian Kingsley-Hughes, during an overnight charge, the phone consumed an average of 19.2 Wh. And according to figures published by the US Energy Information Administration for January 2016, the average cost per kWh in the US was $0.12. And knowing that 1 kWh equals 1,000 Wh (Watts hour), 19.2 Wh per day and multiplying that by 365 days, we get 7 kWh, which works out at $0.84 a year.

3. Giving your Child a Smartphone is like Giving them a Gram of Cocaine If you are at all familiar with phones then to you, this fact will not seem far-fetched at all. Actually, this comparison was established by the Harley Street rehab clinic’s specialist Mandy Saligari. She asks why less attention is paid to screen time as compared to drugs when they both work on the same brain impulses. Surprisingly, most of the teens between the ages of 12 and 15 find sexting and sending naked pictures normal. And they add to that, it only becomes wrong when an adult finds out. You should also note it could be as addictive on some adults too. So, be cautious with smartphones, regulate and regulate your kid’s usage of them.

4. There is a 20 Story light Spire on a Building in Downtown Stockholm, and Anyone with a Smartphone can Change the Colors of the Lights that are Shining in It 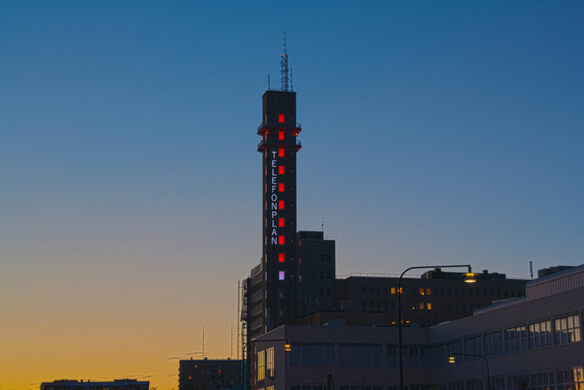 This tower may be the only one in the world that can be controlled by anyone with a phone. Its creators hope that their work can stand as a statement on the power of democracy and the power of the people.

5. Each Person has a “Walking Signature” That can be Detected by Their Smartphone’s Accelerometer Data; The Signature Persists even if you Change Phones 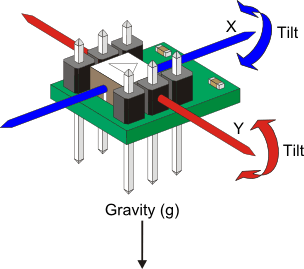 If you thought the phone in your pocket could just register your position using GPS or Wi-Fi, you obviously were a little uninformed about its capacities. Most smartphones these days have built in accelerometers that can measure change in movement in three axes. Changing your phone will not stop them from being able to track you unless you’ve undergone some modifications such as losing a leg or maybe wearing very high heels. Now, what is all this for? Why are we all monitored? Sometimes, some questions are better left unanswered.

6. On A by Weight basis, there is More Gold in a Smartphone Than there is in Gold Ore 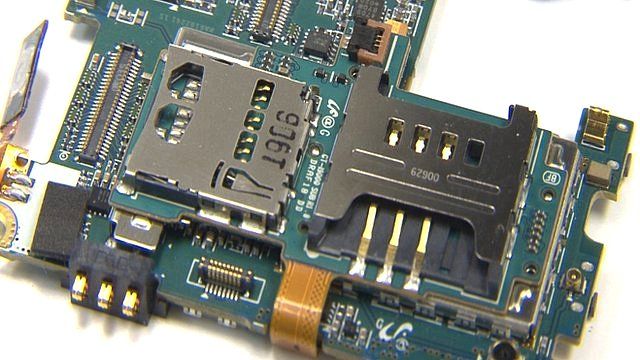 Basically, it takes a Ton of ore to get 1g of gold but by recycling 41 mobile phones, you get the same amount of gold. If you’re thinking of getting gold from phones, to make a considerable amount of money from gold, this will be literally impossible. This is because, according to Dave Holwell, about 2,700 tons of gold are produced every year from mining – about 7.4 tons per day. To get that from mobile phones we’d need to recycle 300m of them. And if we did that every day, the world’s estimated seven billion mobile phones in active use would run out in 23 days. Now how did the gold get in the phone? I’ll leave that for you to answer.

Now, that’s over 90 years ago. He predicted that in an interview with Collier’s Magazine. He said just to name a few that; the world will become a huge brain, communication will be instant irrespective of the distance, and the instruments used will be able smaller than the phones they had back then and will be able to be stored in our vest pockets. If that is not the description of our smartphones and our current world situation, then I don’t know what is.

8. Smartphones have Negatively Impacted the sale of Gum

This is simply because people are more consumed by their phones hence less inclined to impulse buy when waiting to checkout at a store. Another proof of how addictive these phones can be, right? If you’ve ever bothered checking your smartphone you’ve probably realized there is no option for radio. Why is that so when the phone is fully capable of receiving FM signals? Because phone/wireless companies deny that customer demand is strong enough to justify activating it. Quite strange, I must say.

10. It is optimal for your lithium-ion smartphone battery that you “top it off” and keep its charge between 40-80%

It’s better to do this rather than draining it completely and then charging it right up contrary to popular belief. Topping your battery off is an excellent way to increase its life span. You should try it out!

10 things you may not know about Netflix